Malebolge is a creature of living stone, a gargoyle with powerful claws and jagged stone teeth. But his true strength lies in his durability, his ability to withstand massive punishment especially when anchored firmly on the ground where his strength is greatest.

For long centuries he has guarded the chamber of the Gale Force Gate, calmly awaiting any intruders who dare to activate the magical rune beneath his perch. It’s been a long time, and many of his stone allies have lost their sentience, but two basilisk statues, Lion and Tiger, remain to keep him company. When intruders who seek to open the main courtyard gate of the Palace of Luminos the Mighty enter the gargoyle’s chamber, the patient fury of Malebolge and his pets is rewarded at last!

The D&D Attack Wing Gargoyle Expansion Pack has everything a player needs to begin a new chapter in their epic journey of war and conquest. 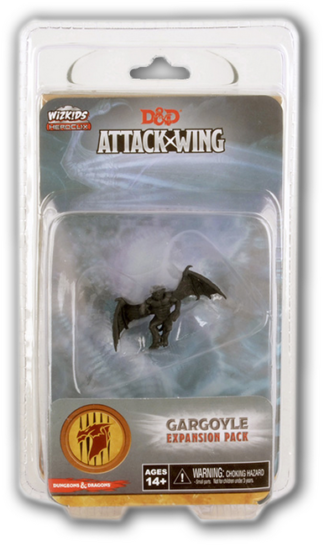