Stone giants are known for their mastery at hurling massive rocks across mighty distances, and Ancoram the stone giant elder is no exception. His deft hands can launch rocks at his foes with blinding speed, slamming his enemies hard and disrupting their plans. Ancoram also knows a thing or two about sorcery, including a way to transform his skin into pure stone, which pleases him greatly.

When he built the stone anchor that holds the Chainspire in the ground, as well as the capstone at the other end of the Chainspire, Ancoram requested that his masters place him in a state of suspended animation so he could prove to himself that his creations would stand the test of time. But now he has awakened to discover that intruders have entered the palace, and so he must do what he can to safeguard the palace’s inner mechanisms, or else his powerful creations might fall into the hands of his masters’ enemies.

The D&D Attack Wing Stone Giant Elder Expansion Pack has everything a player needs to begin a new chapter in their epic journey of war and conquest. 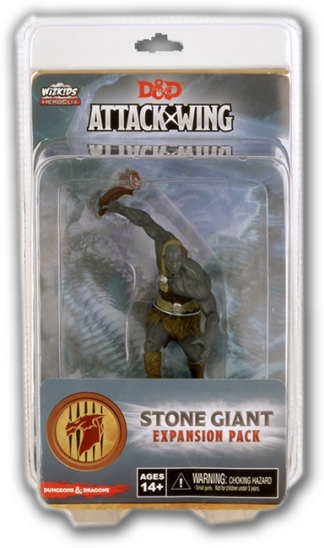