Nymmestra was once a naughty wizard, but she has since reformed her ways. Now she wields great power and the will to use it responsibly. She is a strong-willed ally and one who has learned the importance of loyalty and friendship.
When Auvandell, a village close to her home in the city of Silverymoon, is suddenly invaded, Nymmestra flies to its aid, as does Galadaeros, the Copper Dragon leading the good dragons’ quest for the Primordial Graveyard. Will Nymmestra’s power be enough to help Galadaeros preserve the ancient keep at Auvandell from a full scale invasion?

The D&D Attack Wing Wave 1 Sun Elf Wizard Expansion Pack has everything a player needs to begin a new chapter in their epic journey of war and conquest. 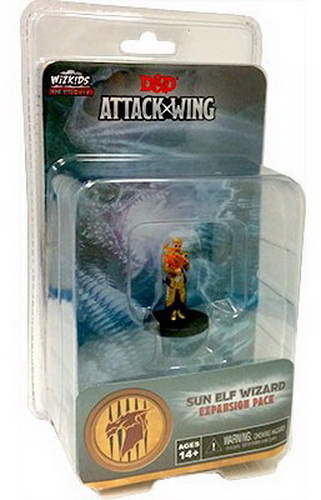