The Harper Legion has recruited many powerful allies, including a troop of elven archers so deadly in their accuracy that they can find the weaknesses of the strongest enemies. Led by Limnen, the elven warrior with a mysteriuous past, they are known for forming up and peppering their enemies with countless arrows before their foes can even draw their weapons.
Today Limnen’s troop has been given a difficult mission. Nymmestra the Wizard has sent them to retrieve an important missive left at the edge of the forest, knowing full well that the area is crawling with enemies who serve the evil dragons. But Nymmestra knows that Linmen has led her troop to countless victories.

The D&D Attack Wing Wave 1 Sun Elf Guard Troop Expansion Pack has everything a player needs to begin a new chapter in their epic journey of war and conquest. 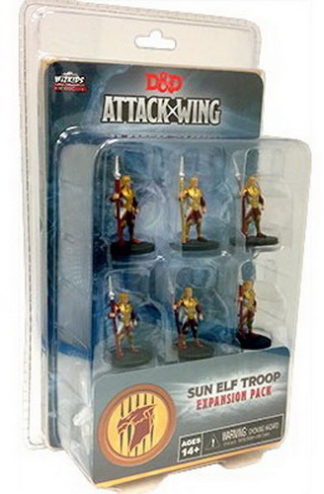