King T’Challa is the leader of Wakanda, a technologically advanced nation that houses rich deposits of the precious metal vibranium. As Black Panther, T’Challa connects to the panther god Bast by eating a special heart-shaped herb, thereby gaining superhuman abilities. T’Challa uses these powers to protect Wakanda and the world from those who would seek it harm.

A fallen son of Wakanda, Erik Killmonger desires to rule Wakanda. An expert in hand-to-hand combat, Killmonger also possesses enhanced strength, agility, speed, and stamina. This allows him to go toe to toe with his nemesis, the Black Panther, and makes him a dangerous threat for anyone who stands in his way. 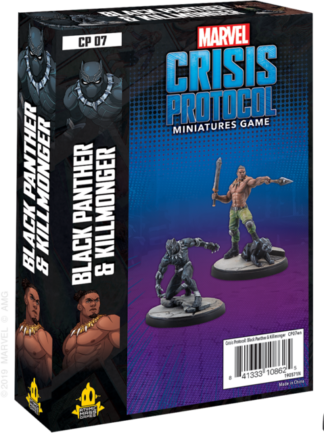