The world of Sword & Sorcery® always needs new heroes! With this Hero Pack, you now have the possibility to introduce a new, powerful character into your campaign.

Sometimes, heroes are shadowy figures dabbling in the dark arts or renegades from their kin… Ancient mariner of the Talon Coast and legend of the 7 seas – Victoria can be played as either a Lawful Captain or a Chaotic Pirate.

Not a complete game! A copy of Sword & Sorcery – Immortal Souls is required to play. 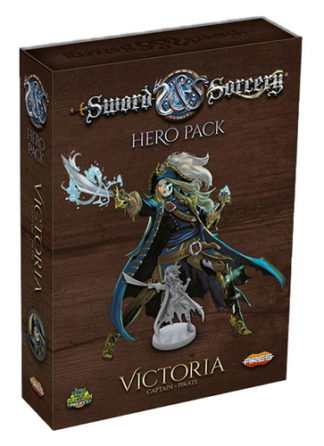