Not all adventurers are exemplars of heroism, righteousness, and justice, but that doesn’t mean they can’t get the job done. With Pathfinder Player Companion: Antihero’s Handbook, you’ll find new rules options for characters on the shady side of morality. Whether you need a less-than-heroic background to justify your character’s flaws, are looking to join an antiheroic organization, or seek ways to play corrupt or cowardly adventurers, this book has just what you’re after. Featuring new archetypes, alchemical items and discoveries, and magic items, Antihero’s Handbook is the perfect guide for anyone not willing to stick to the straight and narrow.
Inside this book, you’ll find:

This Pathfinder Player Companion is intended for use with the Pathfinder Roleplaying Game and the Pathfinder Campaign Setting, but can easily be incorporated into any fantasy world. 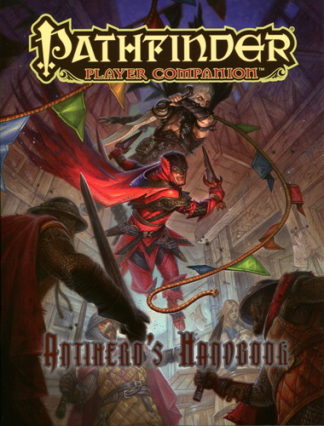