Find your path . . . to backstabbing and gun slinging!
In this expansion, you get a new class and a new faction for the hit game Munchkin Pathfinder! You can become a Gunslinger and shoot ’em up in the popular Pathfinder setting. Or you can join the Razmiran Vision, a new faction that benefits from backstabbing. (What could be more Munchkin?) Plus, there are plenty of new Monsters and Treasures in this 112-card supplement.

This is an expansion for Munchkin Pathfinder. It is not a stand-alone game. 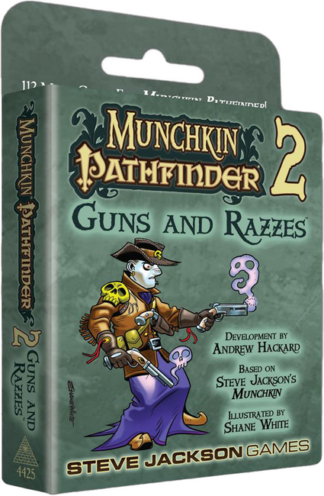