You already know how it feels to be chewed by an Intruder? Do you know the feeling of what it’s like to run from a Night Stalker through a Mars base? Do you want to know what it’s like to be ripped to pieces by a gruesome Carnomorph? You are in the right place.

Not a stand-alone game. You need Nemesis to play this expansion. 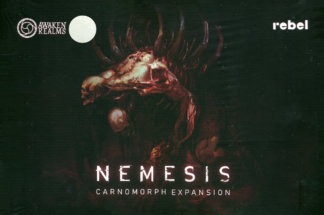