The state-of-the-art outposts built on the surface of PK-L7 were guaranteed to act as a safe haven against the planet’s hostile environment. When the Xenos turned hostile, however, their hallways were soon filled with alien mold, blood, and the sounds of screaming and shooting.

This tile set contains everything you need to expand any sci-fi Zombicide game board, adding endless possibilities for new missions. Featured tiles come from Zombicide: Invader and its expansion Zombicide: Black Ops. 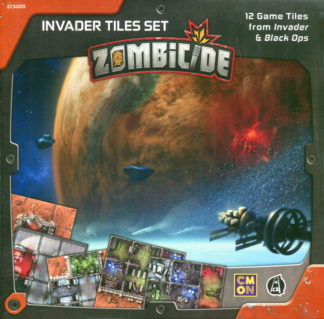