Rebel and Imperial fleets fight for the fate of the galaxy in Star Wars™: Armada, the two-player miniatures game of epic Star Wars space battles!

The largest and most powerful of the starships from the Armada Core Set, the Victory-class Star Destroyer formed the core of the Imperial Navy at the outset of the Galactic Civil War. These ships measure roughly nine-hundred meters in length, sport crews numbering over five-thousand, and feature a dagger-shaped design that allows them to concentrate nearly all their weapons on their forward firing arcs.

This is not a complete game experience. A copy of the Star Wars: Armada Core Set is required to play. 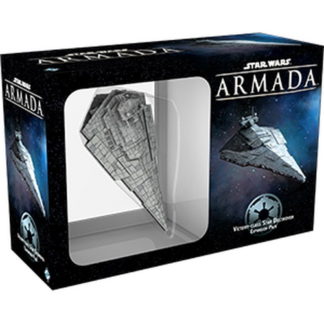