“I do not require glory, only results for my Emperor.”

Few in the Emperor’s command are as cunning as Grand Admiral Thrawn. Using knowledge of his enemies’ culture and art against them, Thrawn picks apart his foes piece by piece with an efficency unparalleled in the galaxy.

This Villain Pack contain everything you need to add Thrawn to your Imperial Assault campaign and skirmish games! Daring missions, powerful command cards and a beautifully sculpted figure awaits you in the Thrawn Villain Pack! 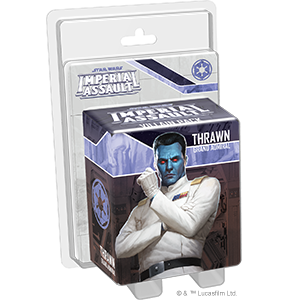