Treason within, war from without.

Torn asunder by the nightmares of a mad king, the elven realm of Silvanesti has nearly been restored to its former grandeur. But the elf Porthios, returning to his homeland, launches a rebellion against young Gilthas, his own nephew.

Gilthas’s troubles are multiplied by threats from green dragons and from the Knights of Takhisis. Now, with Porthios at his throat, Gilthas must choose between blood and honor.

Douglas Niles’s new Dragonlance novel is filled with treachery and intrigue among the elves during the Chaos War, the backdrop for The New York Times best-selling novel Dragons of Summer Flame. 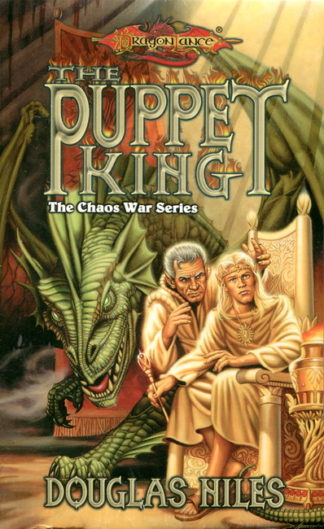