Roleplaying in the World of The Lord of the Rings™.

“This is the Master-ring, the One Ring to rule them all.”

Enter the world of Middle-earth with The One Ring™, the official tabletop roleplaying game based on the works of J.R.R. Tolkien. Designed specifically to evoke the atmosphere of The Hobbit™ and The Lord of the Rings™, the game contains rules for creating heroes and sending them off on adventures in a land threatened by the growing Shadow.

This beautifully illustrated, full-colour hardcover manual presents Middle-earth as it was twenty years after Bilbo Baggins’ remarkable disappearance and unexpected return. The great events narrated in The Lord of the Rings™ are still fifty years away, leaving plenty of room to narrate stories worthy of an epic.

Now in its second edition, The One Ring™ comes with updated and revised rules, a new visual style, and a focus on the land of Eriador — the lone-lands west of the Misty Mountains. Among its key features are: 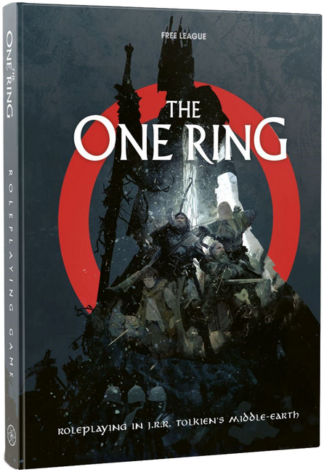