Become a temporal agent in a narrative decksploration game.

T.I.M.E Stories is a narrative board game. Players will live adventures in various worlds, through the eyes and characteristics of their character. They will have to fight, search, discuss, and be clever and convincing to the characters they meet… and sometimes even to the other agents.
Each player will be able to include the dose of ‘roleplay’ they want into the character they’ll have chosen. But they will also need to optimize their actions.

In the box, an insert allows players to ‘save’ the game at any point, to play over multiple sessions, just like in a videogame. This way, it’s possible to pause your ongoing game by preserving the state of the receptacles, the remaining T.U., the discovered clues, etc. During a scenario, each player explores cards, presented most often in the form of a panorama. Access to some cards require the possession of the proper item or items, while others present surprises, enemies, riddles, clues, and other dangers. 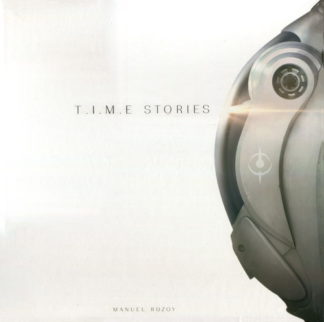