JOHN KOVALIC has been writing and drawing in the gaming industry professionally for 20 years, now. John is best known for the comic strip DORK TOWER, and games like APPLES TO APPLES and MUNCHKIN. His latest project include games such as ROFL! and DOUBLE FEATURE (Cryptozoic). When not writing or drawing, John’s spending every minute possible with his wife and daughter.

With his Special Guest box for Zombicide, four new Survivors were created based on his designs.

Not a complete game. A Zombicide core game box is needed to enjoy this expansion. 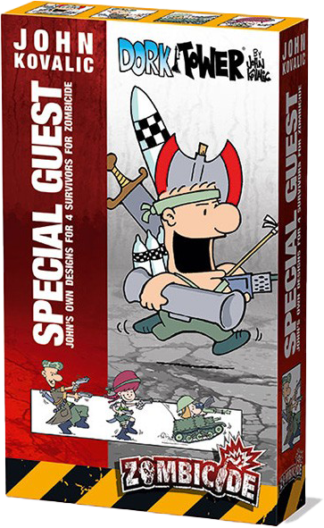