Though each reanimate is but a fraction of the being they were when they followed Waiqar in life, the legion of skeletal warriors strike fear into the hearts of those that would stand against them. An unquenchable spite and loyalty to the dread Waiqar the Undying drive the legion to destroy anything in their path. 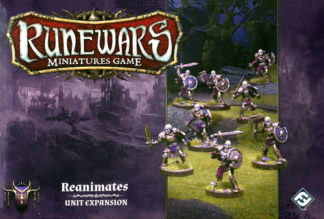