Rouse the Fury of the Great Forest!

When the children of Latariana sound the horn for battle, the very forest answers their call. Roots erupt from the earth in a peal of thunder while limbs crack and sway as if in a gale. Moss, leaves, and flowers shift and fall and bloom again with the movements of living trees. What once appeared an old knot suddenly glows with living green light as the will of the forest awakens! 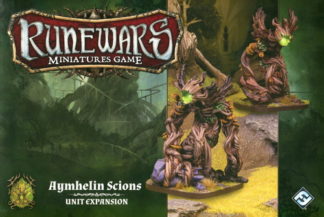