Kill the Monsters * Steal the Treasure * Stab your Buddy

Go down in the dungeon. Kill everything you meet. Backstab your friends and steal their stuff. Grab the treasure and run.

Admit it. You love it.

And it’s illustrated by John Kovalic!

Fast-playing and silly, Munchkin can reduce any roleplaying group to hysteria. And while they’re laughing, you can steal their stuff. 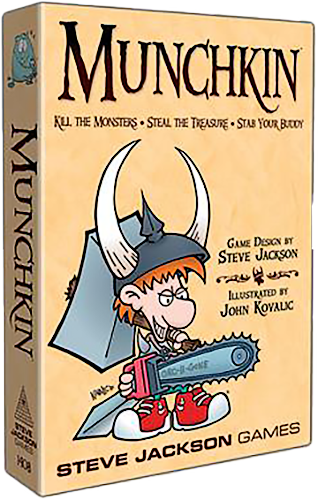