Galen Pathwarden, known as ‘Weasel,’ is mired in his father’s castle and bored out of his wits. He has gone back to his usual whining and scheming. But then his brother Brithelm vanishes without a trace, and despite his better judgment, Galen is forced to act heroically.

Joined by a dubious group of companions, the Weasel sets off for the Vingaard Mountains, toward a subterranean passage that offers danger and mystery, and toward a legendary horror that may be all too truly, horribly real.

This the sixth and last volume of a series reprinting two original Dragonlance trilogies: Heroes I and Heroes II, originaly published by TSR. Galen Beknighted is a sequel to another title in this series, Weasel’s Luck, and is by the same author. 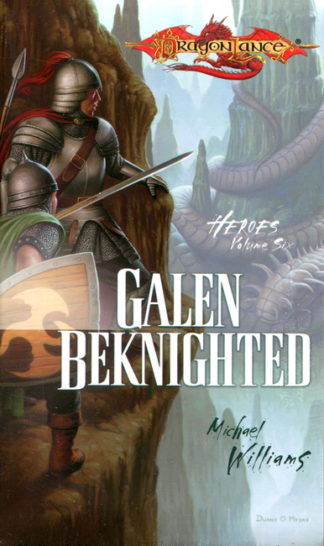