John Carter, the hero from Earth, has disappeared. Before he vanished, he assaulted loyal Heliumite guards and stole an ancient artifact. Now, Dejah Thoris – the Princess of Mars and beloved wife to the fugitive champion – must investigate his mysterious course of action and save him from the death penalty. No matter how ruthless or reckless she must be, Dejah Thoris will stop at nothing to prove his innocence… and in doing so, will stir up a far-ranging conspiracy and earn the enmity of a madman called the Red Reaper! 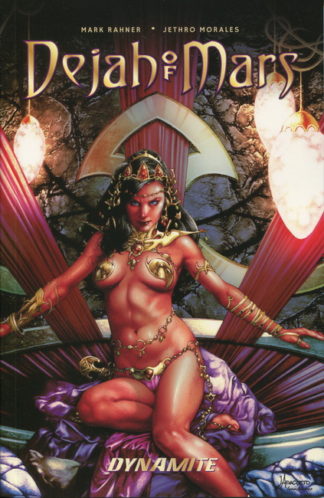