Lord Maximilian was once a thriving courtier, talented and beloved by his peers. But that was long ago. Regrettable decisions made during his life have landed him in the Barony Below as a Dread Wraith, where he rules his palace sunk deep beneath the earth. Many believe the story of his fate to be a fable, but those who venture into his domain know far better.
The Barony is about to be invaded, for many have learned that Maximilian can often recall his past, and what he remenbers might be vital to the missions of those who seek the Primordial Graveyard…

The D&D Attack Wing Wave 1 Wraith Expansion Pack has everything a player needs to begin a new chapter in their epic journey of war and conquest. 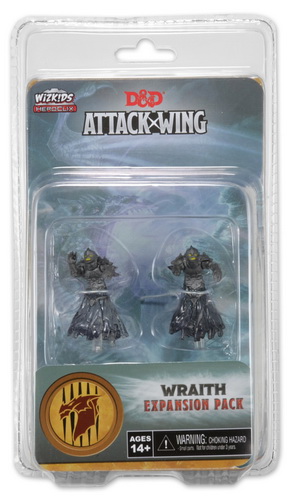